Share a memory
Obituary & Services
Tribute Wall
Read more about the life story of Eddie and share your memory.

Eddie James Fair, Jr., a resident of Birmingham, AL departed this life to eternal rest on December 4, 2022. Funeral services are scheduled for Saturday, December 10, 2022 at 2:00pm at Our Lady Queen of the Universe Catholic Church with burial at Oakland Memorial Gardens.

Eddie James Fair, Jr. was born January 1, 1970, to the late Eddie James Fair, Sr. and Alpha Melton Fair in Detroit, Michigan. While living there he attended Wilard Elementary School. He was baptized at an early age while attending the Cathedral of the Most Blessed Sacrament. Upon moving to Birmingham, he attended the Birmingham City Schools where he played trumpet in the band. He became a member of Our Lady Queen of the Universe Catholic Church where he was an active youth member and Altar server. He was employed at Golden Rule Barbeque, Misa Steel, Mill Steel before becoming employed at his current employment with O’Neal Steel. He was a dedicated Crane Operator. Preceding him in death was his father and loving son, Kerry T. Sanders. He met, married and leaves cherished memories with his wife, Mrs. Virginia Swain Fair; their blended family of seven children, James Sanders of Birmingham, AL, Jalyne D. Arrington of Tuscaloosa, AL, Natasha Fair Benson of the U.S. Navy in California, Chelmense (Alfred) Buckner of Auburn, AL, Larry Swain, Pervin Swain and Cierra Swain, all of Childersburg, AL; his mother, Mrs. Alpha Fair; two brothers, Charles (Amelia) Fair of Harrison, TN and Terrence Fair of Birmingham, AL; 17 grandchildren and a host of aunts, uncles, nieces, nephews, cousins and friends. Eddie deeply loved his family. He loved to cook for them and enjoy big meals. He always greeted you with a big “What it dolls?” Among his greatest pleasures was a big party and an ice-cold beer. He is deeply missed by all who knew him.

To send flowers to the family or plant a tree in memory of Eddie James Fair, Jr., please visit our floral store. 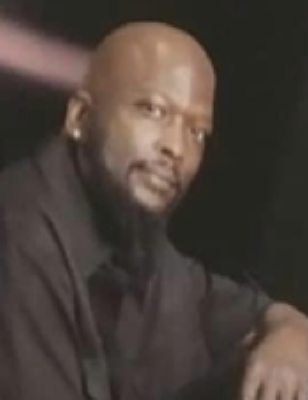