Share a memory
Obituary & Services
Tribute Wall
Read more about the life story of Charles and share your memory.

Charles E. Brown, Jr., a resident of Birmingham, AL departed this life to eternal rest on December 4,2022. Funeral services are scheduled for Saturday, December 10, 2022 at 2:00pm at New Beginning Ministies.

Charles Edward Brown, Jr., affectionately know as “Chuck” was the oldest child born to the late Sherry Brown Rudolph and Charles Edward Brown, Sr. on August 19, 1976. Chuck was later raised by his bonus mother, Glenda Mason. He accepted Christ at an early age. Later, he rededicated his life and was baptized at Mr. Hebron Baptist Church by Pastor Louis Jones. Chuck spent his high school years on the football team as a mighty Woodlawn High School Colonel. He was employed at Glidewell Foundry where he cultivated his skills as a master welder. On December 4, 2022, surrounded by his loved ones, Charles (Chuck) Brown was called home. He was preceded in death by his paternal grandparents, Mozelle and Charlie Brown; maternal grandparents, Katie and Ellis Grant; a sister, LaShondra Grant and a host of doting aunts and uncles. He leaves to cherish his memory: the love of his life for 23 years, Liddia Jordan; four daughters, Elleasia Brown (John Hodges), Kennedi Stewart (Jeremy Cannon), Tiara Jordan and Kerrington Jordan; a son, Tayshawn Coker; his sisters, Jessica Brown and K’Terese Foman; two brothers, Ronshaad Foman and Glendarius Williams. Also holding his memory close is his loving uncle, Lawrence, Sr. (Ruth) Grant; nieces, Erica Carson and Madison Brown; nephews, Devin Harris and Mason Brown and a grandson (his Paw Paw Pal), Evyn Cannon and a number a loving cousin.

To send flowers to the family or plant a tree in memory of Charles Edward Brown, Jr, please visit our floral store. 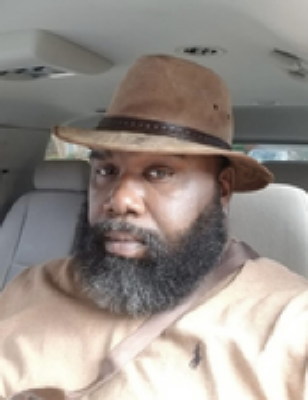